Commercial Bocce Courts
Compliment your facilities and bring value to your guests. 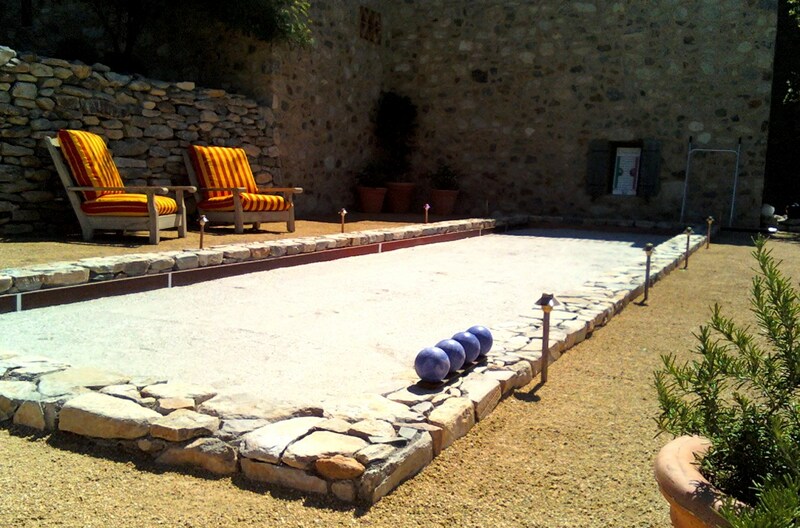 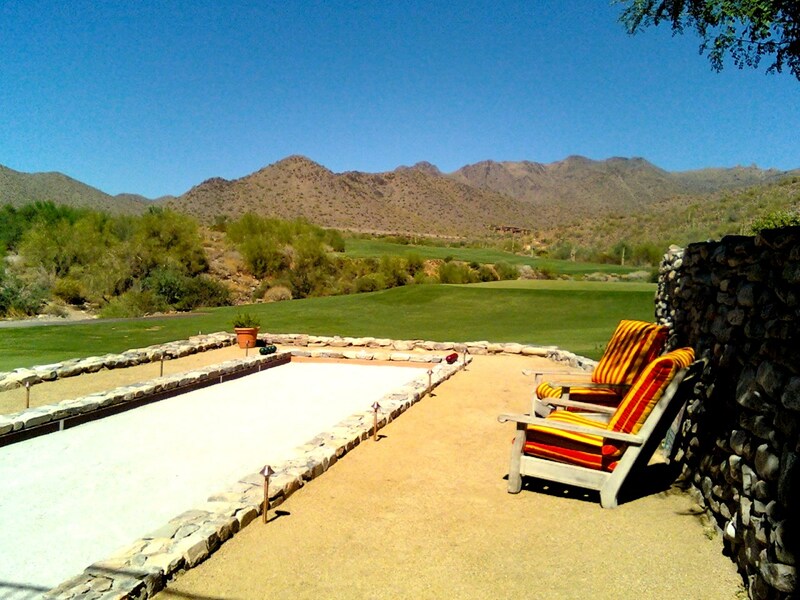 ​The DC Ranch court at the Silverleaf Club, and is a concrete block surround, topped with a stone overlay, and uses a crushed oyster shell surface. The interior concrete block is lined with sealed redwood.....they wanted the most "traditional" court we could build. 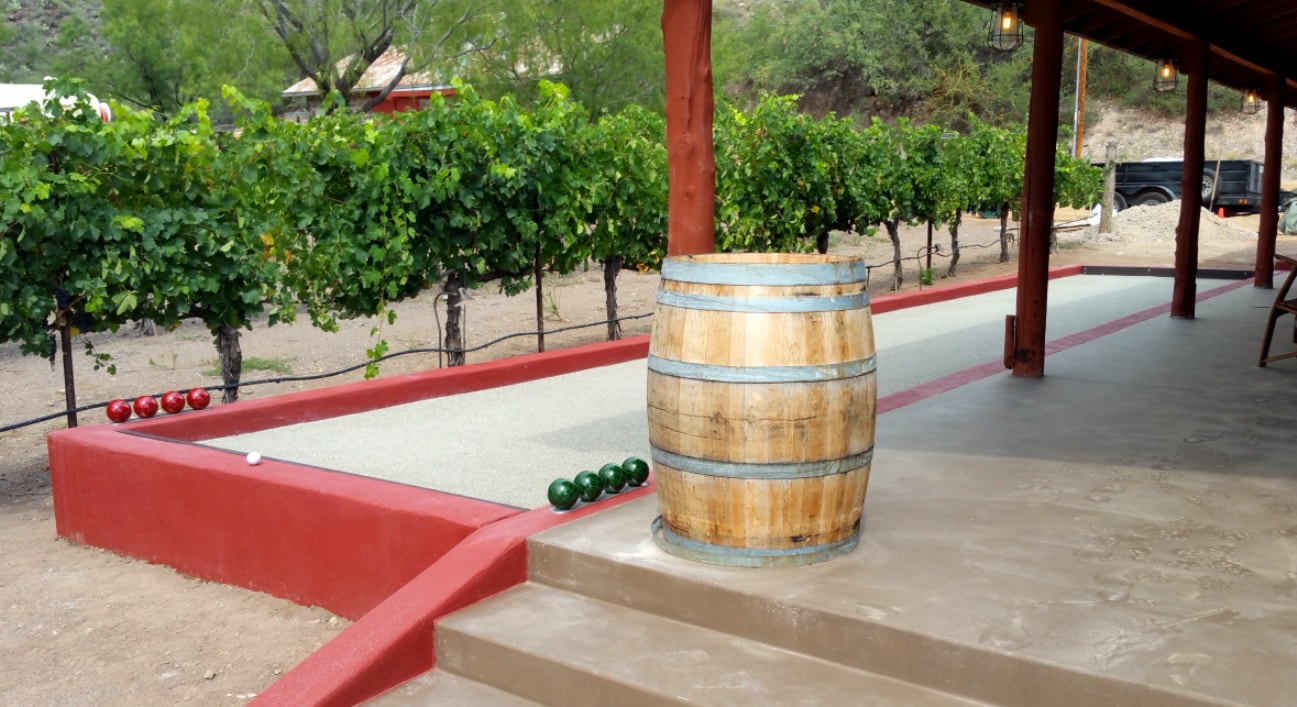 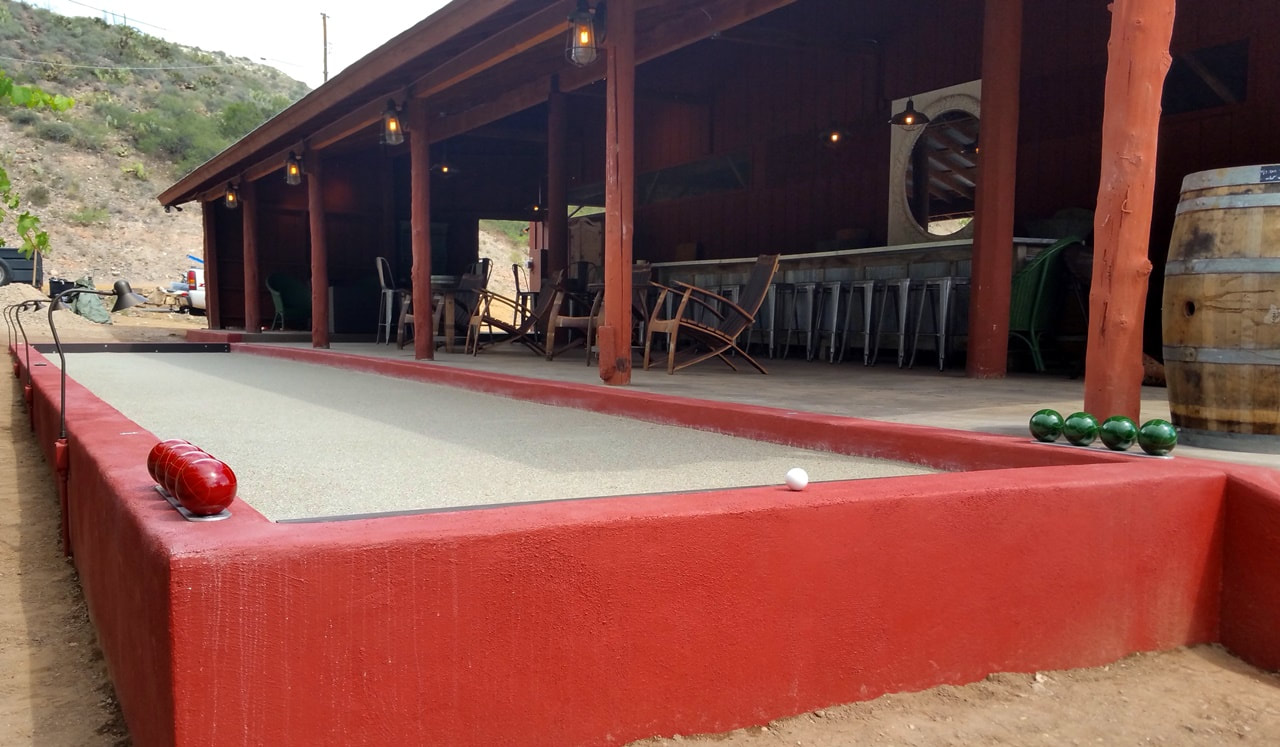 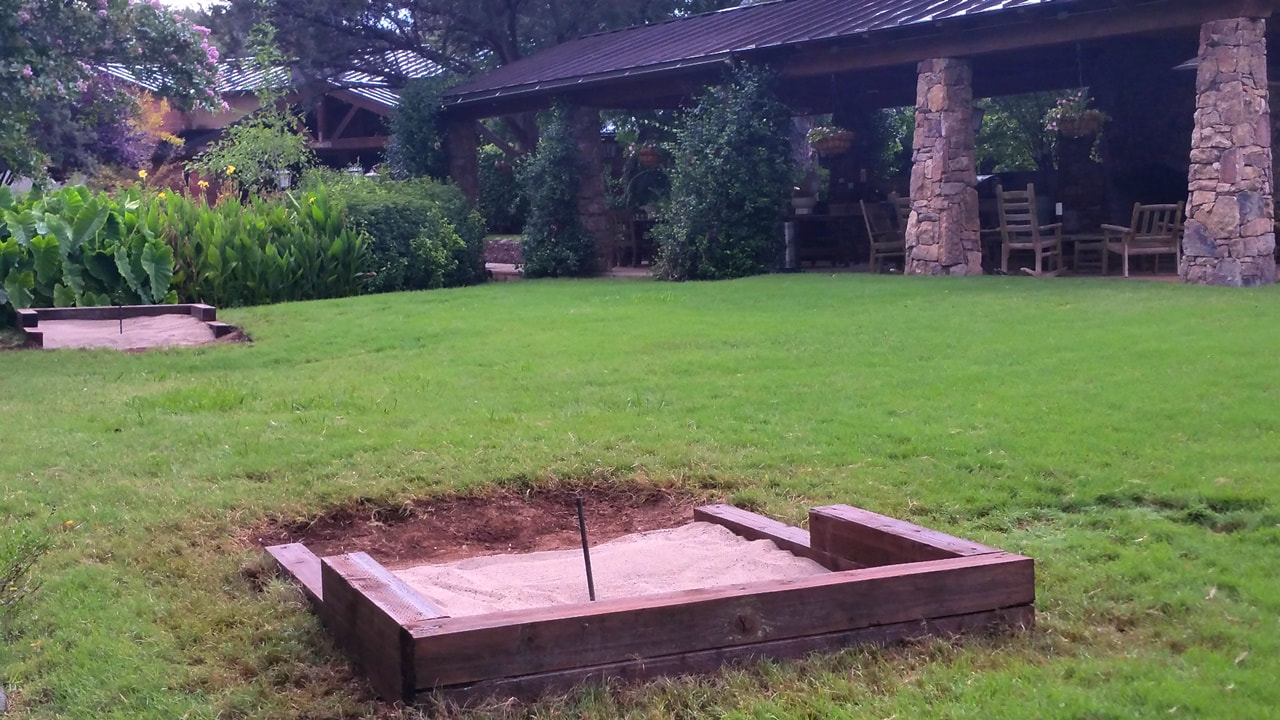 This Bocce Court & Horseshoe Pit installation is our featured project of the month, and this family operated winery at
Dancing Apache Ranch wanted activity / game play features for a special events wine tasting room, as well as one for a more private “family” gathering space. Their choices were bocce & horseshoes, and we couldn’t have been happier to create this for them! 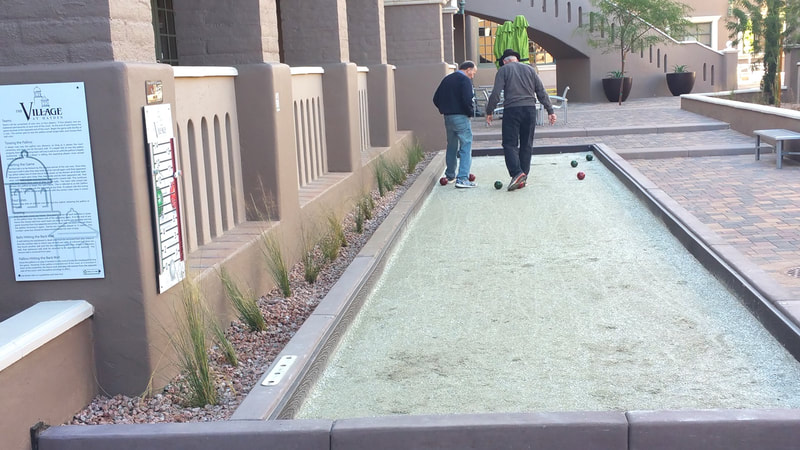 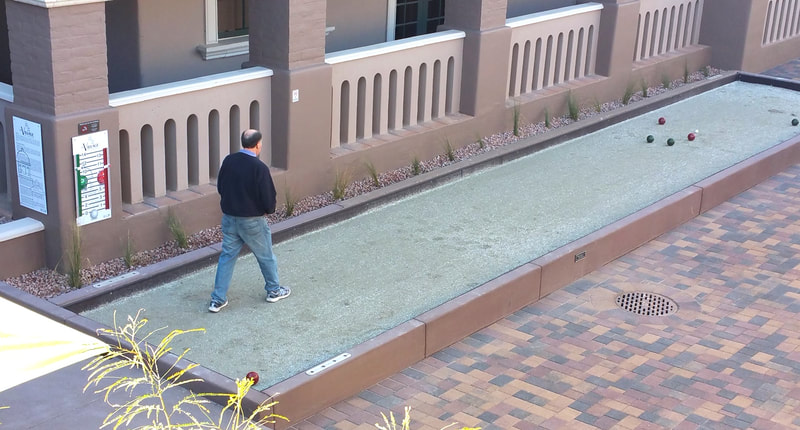 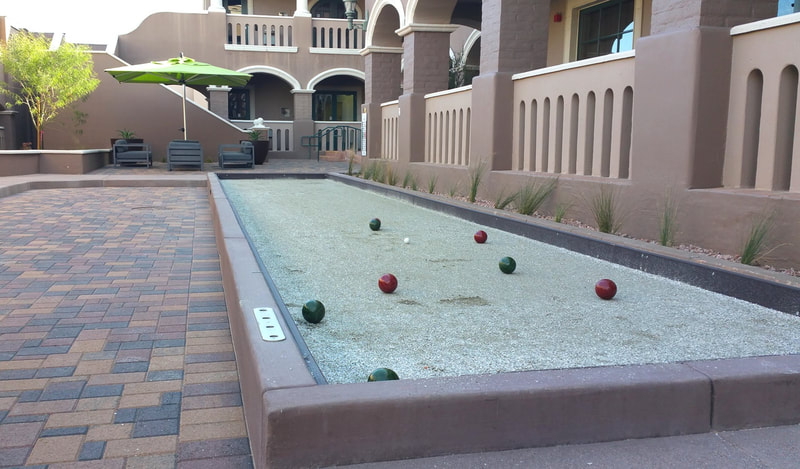 The McCormick Ranch court (Village at....) is now called the Mercado, and is at the NW corner of Hayden and Via de Ventura.
It is down from the parking garage behind Zipps Grill.

​The surface is crushed oyster shell and the perimeter concrete is 6" wide and whatever depth was required there (the concrete on the court was done by the GC and not us, so the quality is a little short), but we did everything else. Typically our concrete is "sheer" on the sides and without the "tooled joints," or seams, like this concrete.....we saw cut our relief joints/seams after the concrete has hardened. 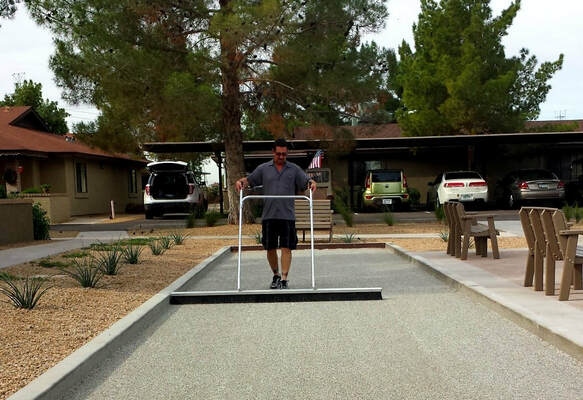 ​Lifestream Complete Senior Living out in Youngtown......that has the concrete perimeter (we did that one in-house, so the sides are sheer and the top is "square" - that equals better playability). In the picture you will see the TREX end bumper with me doing a little grooming on the court in preparation for play. 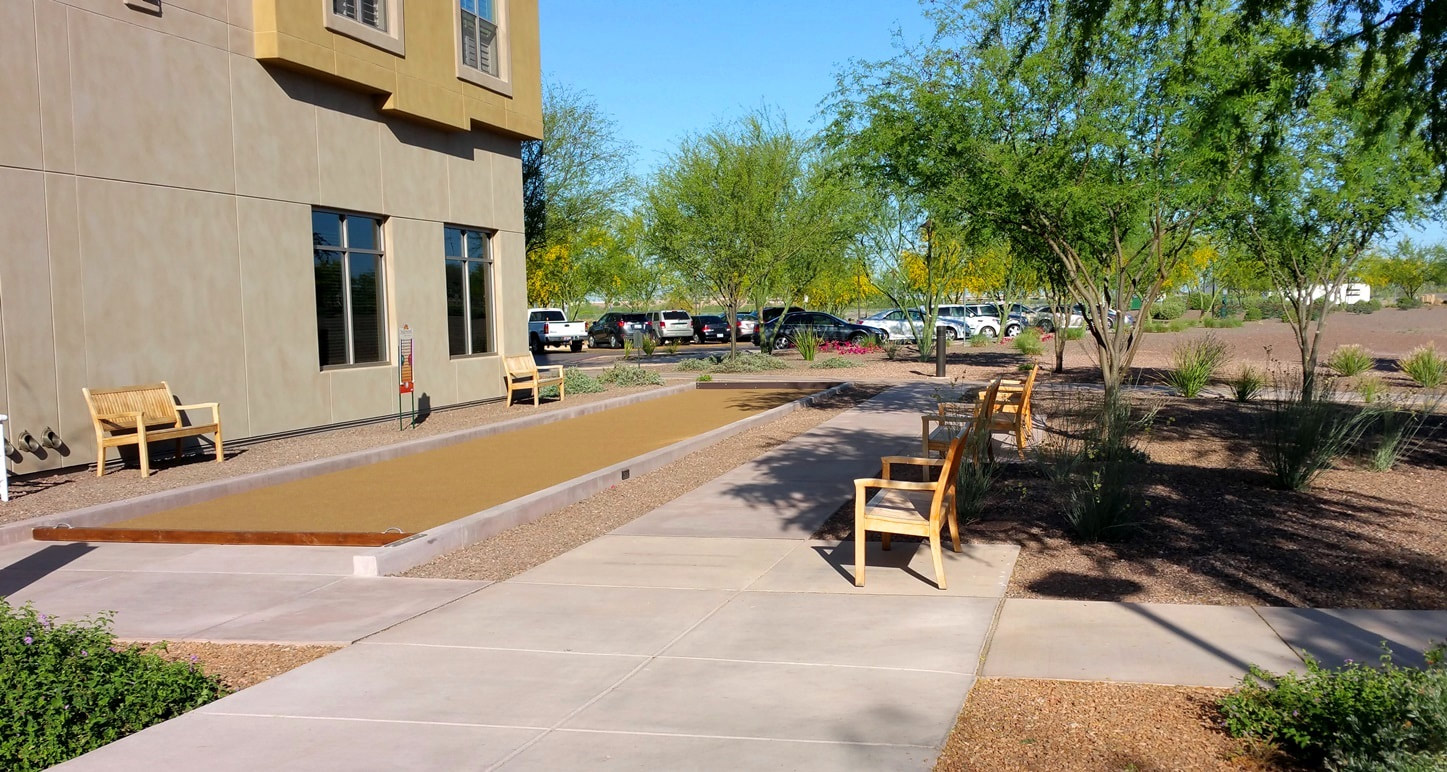 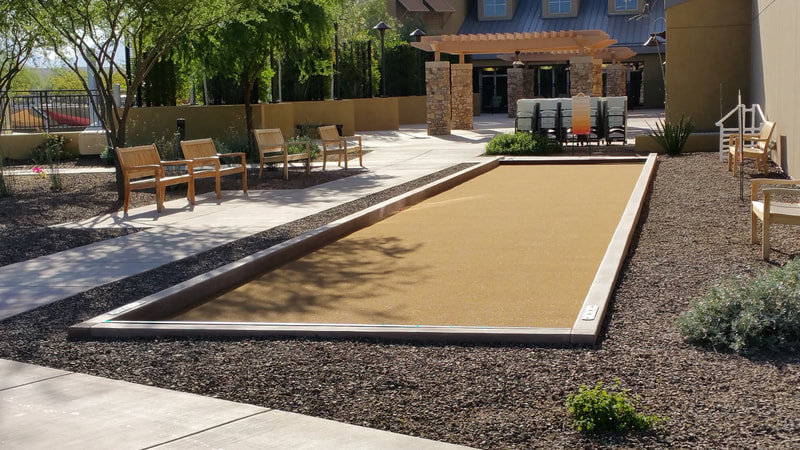 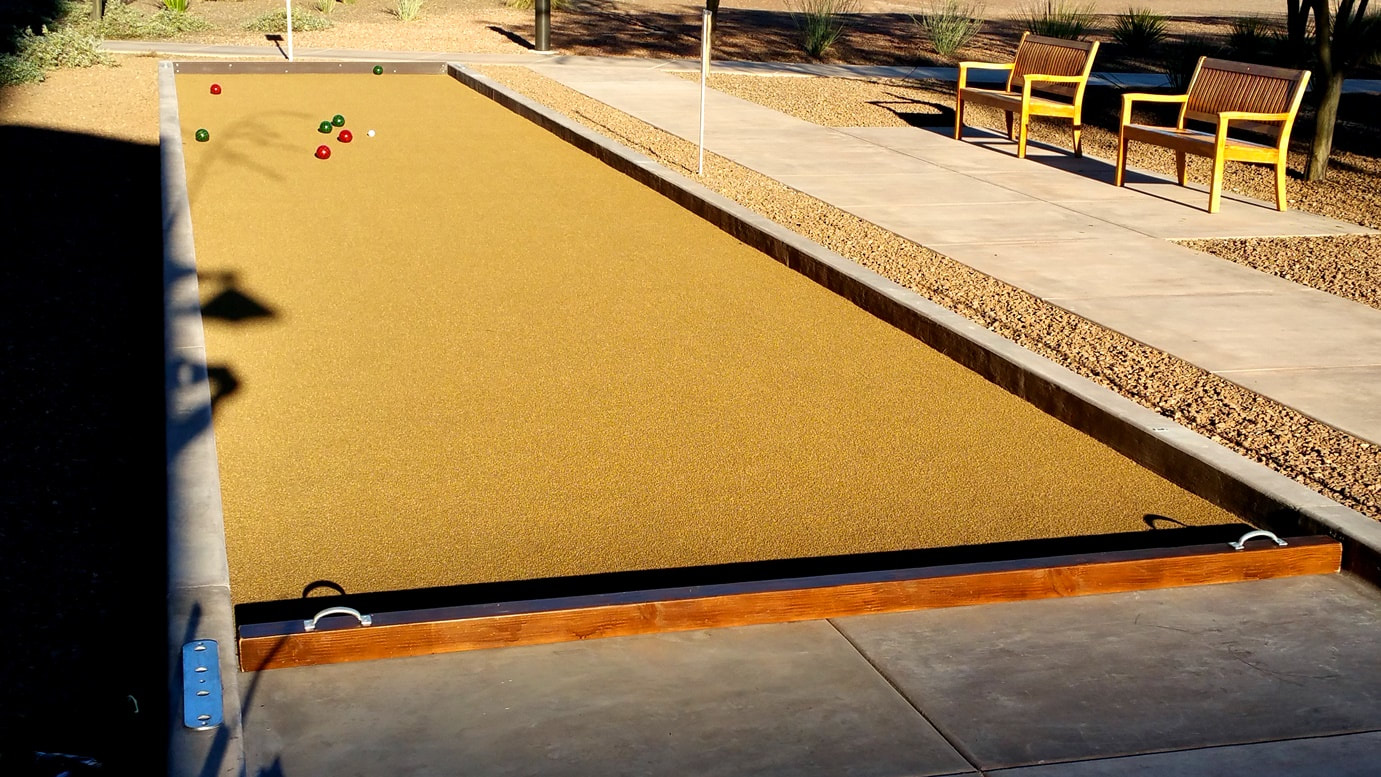 ​Sagewood (Sagewood Senior Independent Living Community) has the concrete perimeter also, and TREX bumpers, and synthetic turf with a bocce "pad" attached as well.......the concrete has an integrated color also on this one.....same thing with the Bocce Arches at Oracle (down in Tucson). That has a alternate brick red synthetic turf (with the bocce pad), and the TREX bumpers at the 2 ends.